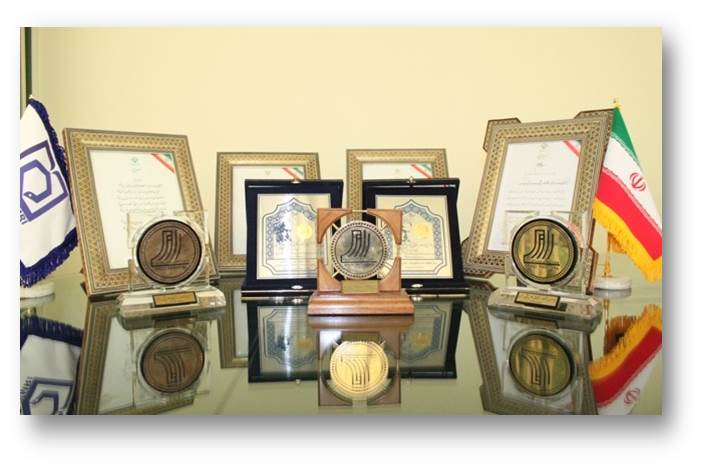 Considering its long history of excellence in research, scientific publications, and academic achievements, the EMRI have been successful in wining different prizes and awards bestowed by both Iranian and international organizations.

Moreover, individual researchers and the faculty of the institute have been awarded on numerous occasions due to their outstanding academic performance.

Annual Razi Medical Research Awards is organized by the Ministry of Health and Medical Education of the Islamic Republic of Iran. The award is established so that to recognize innovative talents and reward significant contributions to the science.

The EMRI proudly achieved the highest total ranking score for seven years in a row, and, was recognized as the highest standing medical research institute in Iran for three consecutive years, in the annual evaluations by the Ministry of Health and Medical Education.

EMRI has also been successful in winning several different awards, a summary of which are listed below:

2. UN Interagency Task Force on the Prevention and Control of NCDs award,2018

6. World Health Organization, Prize for the Control of Cancer, Cardiovascular Disease and Diabetes in the Eastern Mediterranean 2010

1. Partner in Horizon 2020 Framework Programme of the European Union for the Project entitled, "PoC in-office device for identifying individuals at high risk of osteoporosis and osteoporotic fracture".

5. The development of a new drug for patients with diabetic foot: Angipars™

6. Biosensor-based device for detection of sulfonylurea in urine

9. Collaboration with International Osteoporosis Foundation since 2004